A beautiful, brilliant nuclear physicist is selling secrets to the Russians, with her husband as unwitting courier. She’s also a co-conspirator to murder and adultery. Elsewhere, a slippery career criminal has just snatched $200Gs from a bookie syndicate. By pure coincidence the two plots collide in Ad Gordon’s “Two Little Bullets,” and miraculously justice prevails, with hapless hubby saved from certain death, $200Gs to the good.

The story’s implausible plot is improved by Gordon’s writing: “He was a mild-mannered man, thin and round-shouldered, and his eyes, hair and clothes were all a tired gray. Still, he managed a mild curse as he climbed the three flights of stone steps in the apartment house building. Outside, the rain pelted the Washington, D.C. pavements.”

Galactic Central lists only two stories for Ad Gordon, this one and an earlier effort, “Justice is Blind,” that appeared in Justice #1 in May 1955. 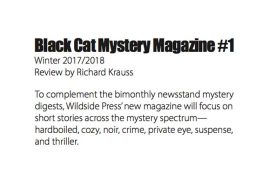 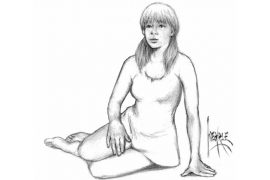 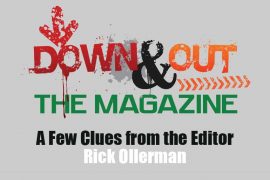